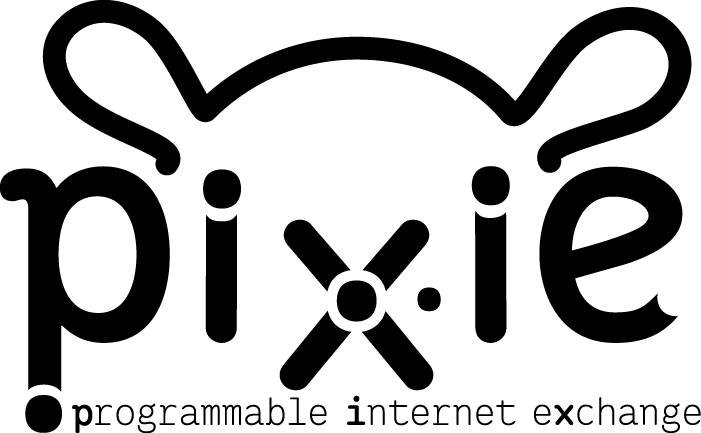 Purpose of the project

The DIX-IE/NSPIXP project has been researching and developing the Programmable Internet eXchange in Edo (PIX-IE) to explore the possibility of a new Internet eXchange (IX) built with Software Defined Networking (SDN). PIX-IE aims to provide added value to IX by using Intend Based Networking (IBN) with SDN. PIX-IE started its pre-operation on DIX-IE in 2015. Based on the knowledge gained from this pre-operation, the migration from DIX-IE to PIX-IE will be carried out in 2021.

Overview of the PIX-IE service

PIX-IE builds on SDN and incorporates IBN through HolistiIX which translates operator intentions down to network policies. PIX-IE consists of a set of OpenFlow enabled switches that IX operators configure via HolistIX. HolistIX extends IXP Manager and consists of the following key components:

By using OpenFlow switches, we get fine-grained control of traffic over the network. These switches are configured based on the Umbrella concept.

PIX-IE mitigates BUM traffic by taking a proactive approach to network configuration, only allowing traffic to approved member connections. Through fine-grained flow control between configured ASes, broadcast traffic is changed to unicast traffic and unknown unicast and multicast packets, not needed for peering at the IX, are discarded. This avoids IX failures and reduces bandwidth wasted caused by unwanted traffic.

We plan to provide the following functions in the future.

The AS administrator can view the connection status and traffic graph of his / her organization.

Uses the WEB interface to connect and control their BGP peering policies. 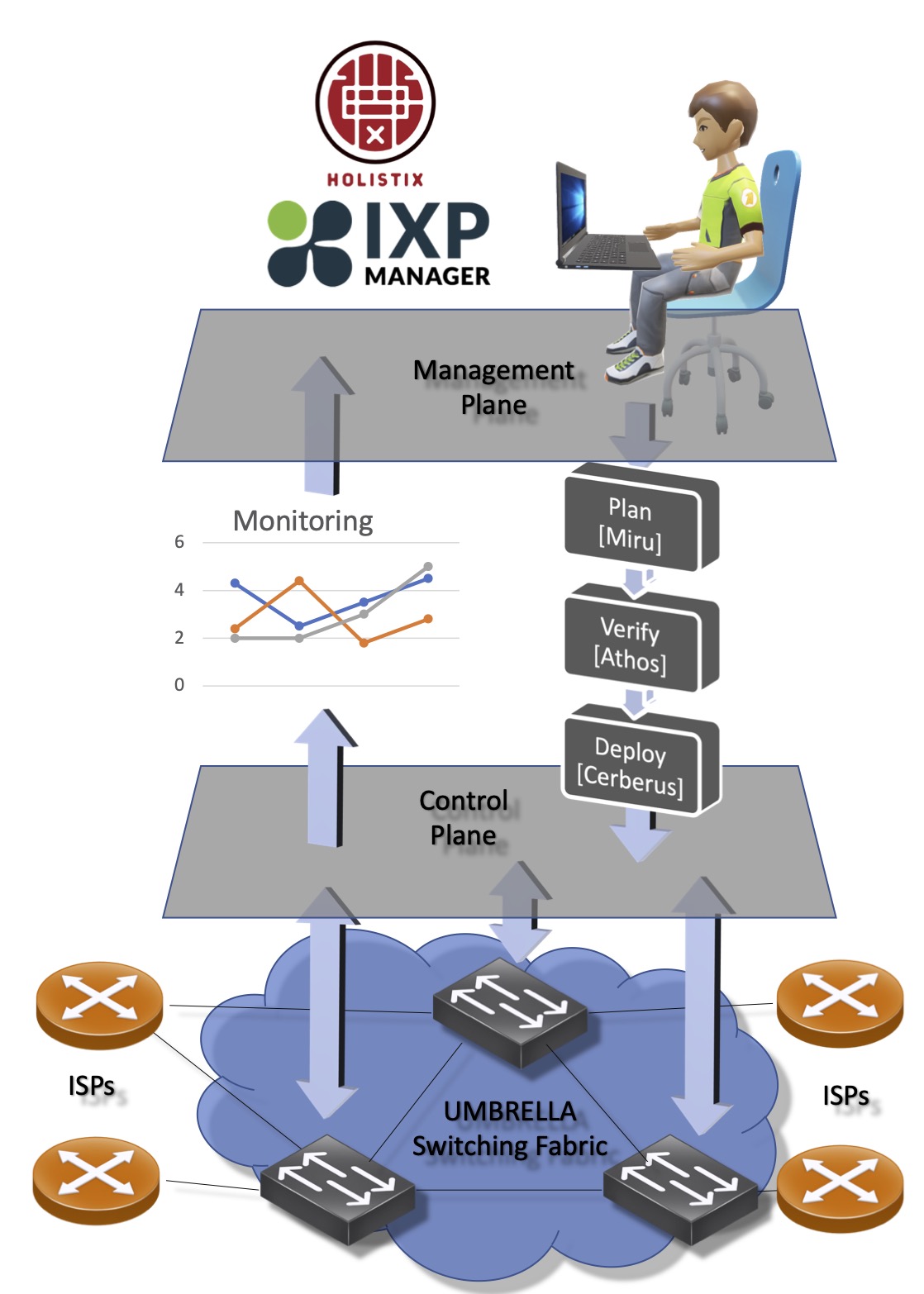 PIX-IE will be provided and operated as a demonstration experiment with a focus on technology verification. Therefore, the following points are different from a commercial IX service. We would like to ask you for your understanding regarding this.

Every effort will be made to avoid disruptions in operation. However, due to the nature of the experiment, it is possible that there may be insufficient capacity or dropped connections.

A joint research fee of 2.4 million yen per year is payable. A maximum of two ports will be provided free of charge.